In the aviation industry, airports need to be prepared for emergencies just as much as airlines. An accident at or near a runway can have serious consequences, and history has proved that some of the worst airline disasters happen on a...

In the aviation industry, airports need to be prepared for emergencies just as much as airlines. An accident at or near a runway can have serious consequences, and history has proved that some of the worst airline disasters happen on a runway. Planning, collaboration and exercises are therefore three key words for emergency managers working at an airport.

An accident at an airport will have serious consequences. Not just because many lives can potentially be lost, but also because such in incident will instigate a vast array of responses, numerous on-site challenges and international media interest. There will be demands on mass care, effective notification systems and family assistance, and at the same time someone needs to be in charge of business continuity so that not too many people are affected by what has happened.

Emergency managers in charge of an airport need to have crisis management systems that cover a variety of scenarios for a highly complex operation. That something can happen to an aircraft is evident, but when planning their response those in charge need to take an all-hazards approach that also examines crisis incidents that have nothing to do with an airplane. A few examples from past incidents include a bus crash at the entrance level (such as the accident at Denver International Airport in 2016 that killed one and injured 18), a bomb explosion (such as the terror attack at Brussels International Airport in 2017 that killed 32 civilians and injured more than 300) or a mass shooting inside a terminal (such as the incident at Fort Lauderdale International Airport in 2017 that killed five and wounded six.) What these had in common was that the responses involved a multitude of agencies, airline companies, restaurants, visitors and law enforcement officers – and tens of thousands of travelers. Add to that the fact that most people at an airport bring at least one piece of luggage and that they represent a variety of languages and cultures, and you have a recipe for a highly complex crisis response – and many lessons learned that are important also for other industries.

The worst aviation disaster in history took place at an airport, when in 1977 two 747s crashed on the runway at the Los-Rodeos Airport in Tenerife killing a total of 583 passengers. Other tragedies at airports include:

However, an incident that could have been a much worse disaster than the crash in Tenerife occurred at the San Francisco International Airport in 2017, when the crew of an Air Canada flight that was cleared to land on a runway instead aimed for a taxiway where four fully loaded passenger planes awaited takeoff. According to a report by the National Transportation and Safety Board (NTSB), the Air Canada aircraft was only 4.3 meters above one of the airlines on the ground when it aborted the landing. The captain of one of the planes on the ground realized what was about to happen and asked the controller of the tower: “Where’s this guy going? He’s on the taxiway!” The crew of the second airline on the taxiway also saw the eminent danger and turned on their aircraft’s bright landing lights in order to warn the Air Canada crew about the danger. Air Canada blamed inadequate lighting and construction on the airport for the incident, while several reports mentioned that the captain of the Air Canada flight had been awake for 19 hours. Vice Chairman Bruce Landsberg of the NTSB wrote in the closing statement of their investigation report that “Only a few feet of separation prevented this from possibly becoming the worst aviation accident in history.” 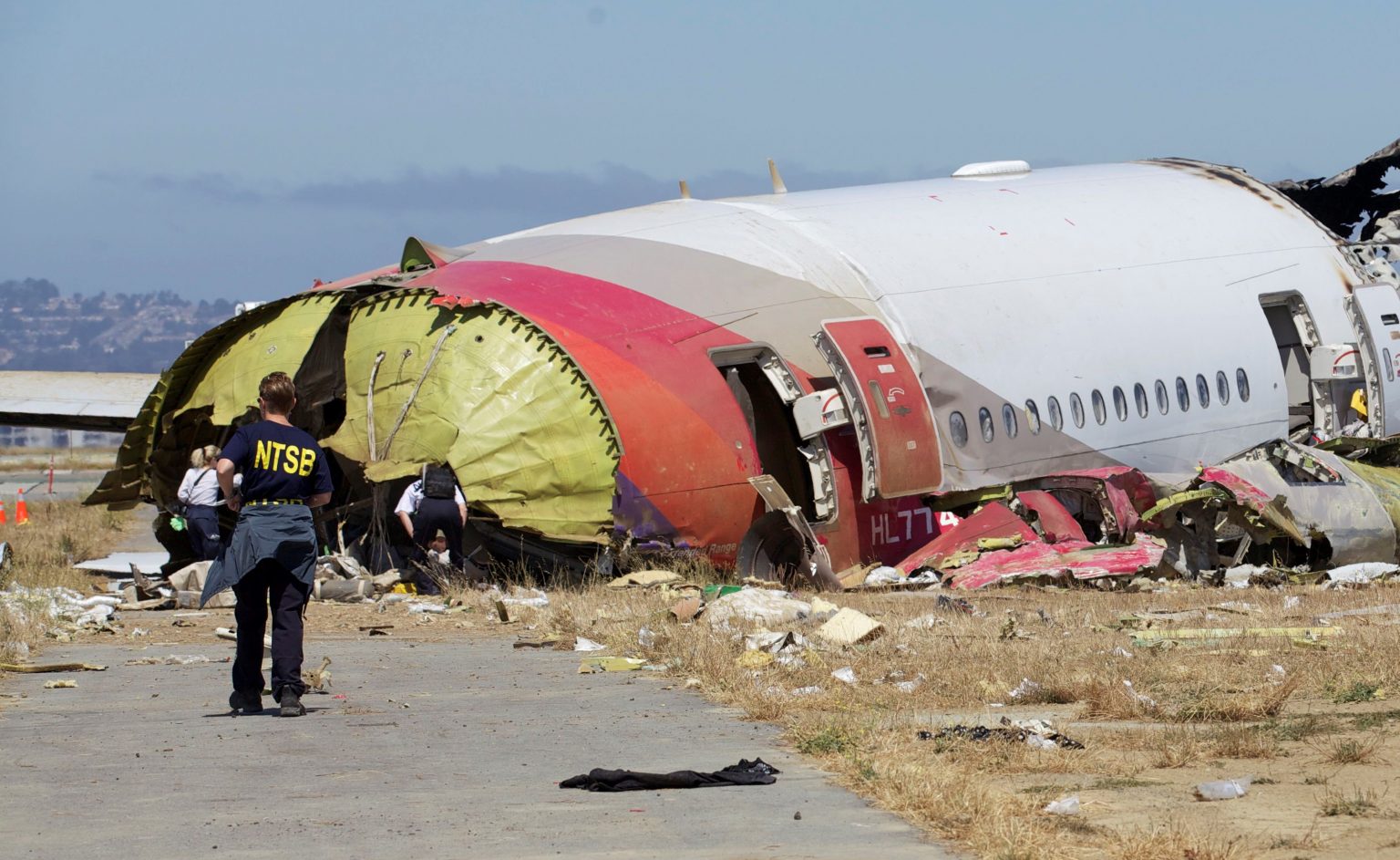 Other incidents at airports do not involve an aircraft at all. That was the case at Fort Lauderdale-Hollywood International Airport (FLL) in January 2017, when a man opened fire in the baggage claim area of Terminal 2. He managed to kill five and wound six people before running out of ammunition, and he was apprehended by police officers within 80 seconds.

There were many learning points from the shooting, but what occurred afterwards was an even more interesting turn of events. About 90 minutes after the initial incident, speculation about a new mas shooting in another area of the airport sparked panic and led to thousands of passengers self-evacuating, some into secured areas and even onto the tarmac. The scene was chaotic and uncontrolled, leading to 40 people being injured – and more than 20,000 personal items being left unclaimed at the airport. FLL remained closed for the day, creating confusion among passengers, employees and crews – some of whom had to spend hours inside one of the 22 airplanes that were held on the ground.

In August 2017, Broward County Aviation Department published a report that examined the events on the day of the shooting and lessons learned. It concluded that there had been confusion regarding who was in charge of the response (none of the people interviewed for the report had a clear understanding of who the Incident Commander was) and that FLL should update and improve its mass notification system.

The report recommended that the airport should consolidate the many lessons learned into a single Family Assistance and Customer Care Plan with the following recommended missions:

The self-evacuation of the passengers at FLL that day in January 2017 proved costly for airport authorities. The largest bill for its aftermath – USD 562,000 – came from BMS CAT, the company brought in to handle and return the passengers’ personal belongings that were scattered all over the airport.

In the USA, the Federal Aviation Authorities (FAA) requires that all airports conduct a full-scale exercise every three years to test their emergency plans. In addition to evaluating their first response and life-saving measures, such exercises often include appraising systems for public information, activation of a friends and family center and fatality management

To evaluate if it had learned anything from the incident in January 2017, Fort Lauderdale International Airport conducted a large-scale drill in December 2019. Called “Operation Homefront,” the exercise focused on an active shooter event and involved more than 500 actors, players and observers from a vast array of agencies across all sectors.

The COVID-19 pandemic has made full-scale exercises more challenging, as physical distancing is hard when evacuating actors pretending to be survivors of an airline crash. Airport officials have therefore had to plan differently this year and to design their mandatory exercises in a way that does not risk the safety of anyone involved. One solution has been to model the exercise on a “few or no survivors” scenario, possibly in combination with using mannequins to simulate casualties. When Denver International Airport conducted an exercise in September 2020, the goal was to evaluate and enhance the airport’s emergency plans, capabilities and coordination with other agencies, and it did so by use of only a few actors supplied by 75 dummies for practicing medical response. In line with COVID-19 restrictions, the airport organized a virtual Emergency Operations Center where 200 participants took part digitally.

Based on the examples above, crisis managers in a variety of organizations can learn from previous disasters at airports, including the requirement to plan for – and exercise – the following aspects of a disaster’s aftermath:

Harald has over 20 years experience in sales, marketing and consultancy in emergency preparedness and crisis management. Background from companies such as Safetec, One Voice, UMS and Nordea.

2023 is already shaping up to be a busy year for chemical and EHS legislation in Europe. Several initiatives stemming...

Commentators have offered mixed reactions now that the dust has settled on COP27. Where the Loss and Damage (L&D)...

| Health & Safety
How to Write an Incident Report

“If you can’t measure it, you can’t improve it.” (Peter Drucker). That’s the adage that lies behind the policy of...