Commercial airlines might be the business in the world that is the most prepared for a disaster. Flying can be exciting and exotic, but history has proved time and again that there will be airline accidents – often creating headlines...

Commercial airlines might be the business in the world that is the most prepared for a disaster. Flying can be exciting and exotic, but history has proved time and again that there will be airline accidents – often creating headlines around the world and sometimes with villains (Germanwings) and heroes (“Miracle on the Hudson”) connected to what happened. For crisis managers, there are numerous lessons learned from past tragedies and airlines’ preparedness.

A productive way of getting ready for a possible crisis is to consider what scenarios might occur in your field of work. Fires and accidents at the headquarters often come to mind, but one should also assess other situations that will be challenging to handle. Examples from airlines include scenarios connected to drone activity near an airport, cyber attacks or baggage mishandling. There might also be crisis situations arising from the mistreatment of passengers, as we have seen numerous examples of on social media the last couple of years. 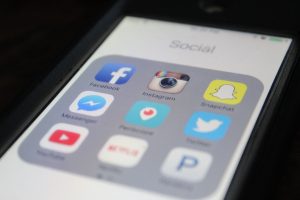 Social media is now a key factor in crisis management. Many crisis incidents are conveyed first through Twitter or Facebook, and there have been several instances involving passengers broadcasting live video from an unfolding disaster – even 30,000 feet in the air. Keeping updated about what is happening and what the public is saying on social media is therefore essential for crisis managers, and “social listening” is now a a pre-requisite for a timely response.

A few years ago, leadership teams could spend the “golden hour” discussing what to say and who should give a statement. Not any more, especially in the airline industry. In fact, IATA – the worldwide trade organization for airlines – states in its guidelines on crisis communication that an airline that has experienced an incident should “Release first ‘tweet’ acknowledging initial reports” within 15 minutes.

In the first hour after a major airline disaster, its communication team needs to:

Fortunately, there are several digital tools and best practices available for those handling a disaster, including:

The art of communication

After an aircraft accident, there is a vast array of stakeholders needing and demanding information. First and foremost, one must make sure those directly affected get news first, but there are also other parties involved including the media, government agencies, customers and employees.

Several CEOs have used social media to reach audiences within hours of a disaster. One example is the head of Lufthansa, Karsten Spohr, whose name appeared on the very first Twitter message the company published about the Germanwings accident in 2015. Speaking at press conferences he showed a personal and heartfelt commitment to the victims’ families, and a few hours after the crash Lufthansa published his statement – in English as well as in German – on YouTube. Similarly, the CEO of Southwest Airlines published a YouTube message within hours of an accident in 2018, saying – in part: “This is a sad day. On behalf of the entire Southwest family I want to extend my deepest sympathy for the family and the loved ones of our deceased customer.”

Communication and family support are important factors in how an airlines’s reputation is affected after a tragic event. An honest leader speaking early and frankly can save a brand’s image, while on the other hand trying to hide the truth (in the old days an often-used strategy was to paint over the logo of a crashed airline) or not taking care of the victims can result in a backlash that can last for years. A recent example is Boeing, which for a long time declined to comment on its problems with the 737 MAX aircraft.

In addition to strict rules about how they operate under normal circumstances, the airline industry must follow laws and regulations that focus on the aftermath of a disaster. The US has been in the forefront when it comes to regulating family support, but other countries – including Australia, Mexico and the United Arab Emirates – are following up with detailed guidelines that are designed to make sure those affected by a disaster are taken well care of and get the support they need.

This was not always the case, and the rules came about in the US as a consequence of airline accidents in the 1990 that resulted in complaints from survivors and next-of-kin. Air carriers as well as federal agencies lacked a structured and compassionate response, and there were several instances when victims’ belongings and even human remains were misplaced or intentionally destroyed by those in charge. In 1996 President Clinton signed a law that included the “Aviation Disaster Family Assistance Act, ” and a subsequent task force came up with a detailed list that included disaster mental health support, rules regarding lawyers’ access to victims’ families (only allowed after 45 days) and demands on airlines to store personal effects collected after a crash for a minimum of 18 months.

The US government follows up on its legislation, and it proved that it means business after the crash of Asiana Flight 214 in San Francisco in 2013. The airline faulted in several areas of family assistance, and in 2014 the U.S. Department of Transportation fined Asiana Airlines $500,000 for failing to assist families following the crash.

The aftermath of a plane crash lasts for many years. The first 12 months focus on recovery, identification processes and investigations into what caused the accident, and one year later there is usually a formal memorial at or near the crash site. Support groups might play in important role, and representatives of the victims’ families need to be consulted in monument planning and subsequent anniversaries.

Dealing with a disaster involves many challenges on a logistical, organizational, economical and personal level. The tasks might seem overwhelming, but one should always remember to focus on those who have been personally affected by what happened. As Jim Hall, a former chairman of the NTSB, once said: “All I have to do in this business of airline emergency response is ask: How would I want to be treated? More importantly, how would I want my family to be treated?”

Documents and reports of interest:

Organizations that assist after aviation accidents:

Harald has over 20 years experience in sales, marketing and consultancy in emergency preparedness and crisis management. Background from companies such as Safetec, One Voice, UMS and Nordea.

2023 is already shaping up to be a busy year for chemical and EHS legislation in Europe. Several initiatives stemming...

Commentators have offered mixed reactions now that the dust has settled on COP27. Where the Loss and Damage (L&D)...

| Health & Safety
How to Write an Incident Report

“If you can’t measure it, you can’t improve it.” (Peter Drucker). That’s the adage that lies behind the policy of...